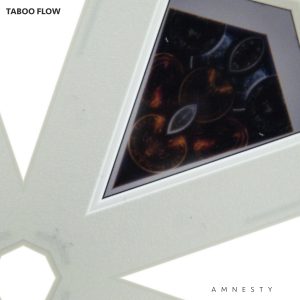 Debut intro
Amnesty is the Debut single from home grown UK Artist Taboo Flow.
There will be single released each month up to Autumn fall with the album dropping in the summer.

Mutli-instrumentalist, Artist, Producer and Song writer.
With a passion for sound and nostalgia, using analogue synthesisers, sequencers and Drum machines alongside Guitar, Bass, Drums and Percussion.
Bouncing between magnetic Tape and digital to capture recordings.

Psychedelic experiments morph and shape shift into a soft focused flirt with pop.

Where was the single recorded and who was involved in its production?
The album was recorded in Horbury, West Yorkshire UK, using an Analogue and Hybrid Setup. Mixed thru a rare Alice mixer as used by Lee scratch Perry and Cat Stevens. And mastered at LANDR.

Ethos behind the single
To capture an electronic R&B vibe Juxtaposed with soft focus ethereal alternative pop. That still makes you nod your head, And to generally create something cool and integral and in embrace ones musical guilty pleasures.

Lyric point of view
The song is from the point of view when someone miss reads your emotions and your seen as heartless and bad person, but in truth your good heart is breaking inside and the noise and honesty that comes from that breaking heart.

Whats coming
Amnesty is the debut single from the Album Clockwork that will drop early summer time 2021.
With a single  each month to Autumn fall.